Historians have long written about the Little David and the Hunley, but few mention CSS Torch, the first torpedo boat. Its story is found in fragments leaving much about its origins and final disposition in mystery. Still, what is found adds another chapter in defense of Charleston.

The Torch was built in mid-1863. A miniature version of an ironclad, she sat low in the water and carried no armor plating or guns. Her crucial feature was that she had “… a spar with three branches at the end…”, each with two 100-pound torpedoes attached. The Torch was probably rushed into completion as reports state she leaked severely, had a second-hand engine, and exhibited other problems. However, the situation on Morris Island presented an urgent need for her service. With Union guns from the navy and army pounding Battery Wagner at will, General P.G.T. Beauregard anxiously sought some way to relieve the pressure from that position. Accordingly, Torch undertook the first-ever torpedo boat mission on August 20-21, 1863.

Sailing with an all-volunteer crew under the command of Navy Captain James Carlin, she carried twelve men of the First SC Artillery armed with muskets for defense if Union “CSS Torch,” continued from page 1
boats tried to board her. Her target was the USS New Ironsides, an armored vessel with eighteen heavy guns and a crew of about 450 men. Sinking her would force the Union navy to cease, or most minor pause, shelling Battery Wagner.

Captain Carlin found New Ironsides off Morris Island with a monitor nearby and determined to go after it once the attack on New Ironsides was completed. Torch quickly closed on the big ironclad with her spar lowered when, within forty yards of the Union warship, she suffered short fail-ures of both her steering and engine. Unable to steer and without propulsion, Torch drifted tantalizingly close past she intended target with Captain Carlin fearing entanglement in the ship’s anchor chains. However, New Ironsides reacted to the threat by slipping anchor and backing astern to open the distance from Torch. Upon regaining power and steering, Carlin aborted the attack after being fired on by New Ironsides.

The mission was unsuccessful, but it showed that the Union navy was susceptible to torpedo boat attacks and set the example for later attempts by other vessels. The Torch came within perhaps thirty seconds of achieving success and lasting fame in her only mission. She remained in service at least into 1864, possibly as an anchored floating battery in Charleston harbor. The courage displayed by those serving on her that fateful night should not be lost to memory. 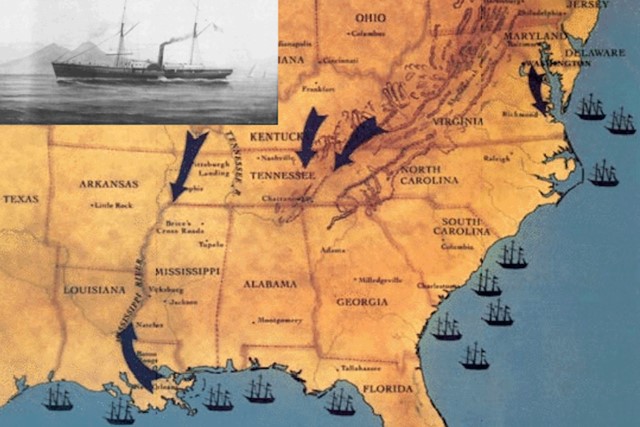