Irish Slaves – What The History Books Will Never Tell You

Posted on March 4, 2016, by Royce Christyn in Sci/Environment 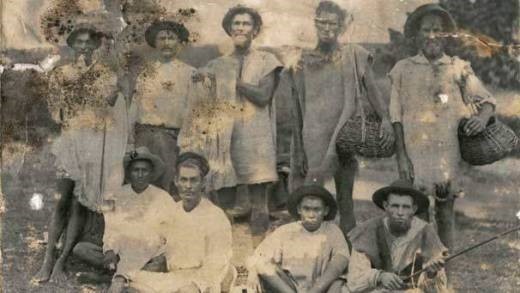 Did you know that more Irish slaves were sold in the 17th century than black slaves? With a staggering death rate between 37% to 50%, this is the story the history books will not tell you.

White and Black Slaves in the Sugar Plantations of Barbados. None of the Irish victims ever made it back to their homeland to describe their ordeal. These are the lost slaves; the ones that time and biased history books conveniently forgot.

The first slaves imported into the American colonies were 100 White children. They arrived during Easter, 1619, four months before the arrival of a first shipment of Black slaves. Mainstream histories refer to these laborers as indentured servants, not slaves, because many agreed to work for a set period of time in exchange for land and rights.

Yet in reality, indenture was enslavement, since slavery applies to any person who is bought and sold, chained and abused, whether for a decade or a lifetime. Many white people died long before their indenture ended or found that no court would back them when their owners failed to deliver on promises. Tens of thousands of convicts, beggars, homeless children and other undesirable English, Scottish, and Irish lower class were transported to America against their will to the Americas on slave ships. YES SLAVE SHIPS.

Many of the white slaves were brought from Ireland, where the law held that it was no more sin to kill an Irishman than a dog or any other brute. The European rich class caused a lot of suffering to these people, even if they were white like them. In 1676, there was a huge slave rebellion in Virginia. Black and white slaves burned Jamestown to the ground. Hundreds died. The planters feared a re-occurrence. Their solution was to divide the races against each other. They instilled a sense of superiority in the white slaves and degraded the black slaves. White slaves were given new rights; their masters could not whip them naked without a court order. White slaves whose daily condition was no different from that of Blacks, were taught that they belonged to a superior people. The races were given different clothing. Living quarters were segregated for the first time. But the whites were still slaves.

In the 17th Century, from 1600 until 169 9, there were many more Irish sold as slaves than Africans. There are records of Irish slaves well into the 18th Century. Many never made it off the ships. According to written record, in at least one incident 132 slaves, men, women, and children, were dumped overboard to drown because ships, supplies were running low. They were drowned because the insurance would pay for an “accident,” but not if the slaves were allowed to starve.

Typical death rates on the ships were from 37% to 50%.In the West Indies, the African and Irish slaves were housed together, but because the African slaves were much more costly, they were treated much better than the Irish slaves. Also, the Irish were Catholic, and Papists were hated among the Protestant planters. An Irish slave would endure such treatment as having his hands and feet set on fire or being strung up and beaten for even a small infraction. Richard Ligon, who witnessed these things first-hand and recorded them in a history of Barbados he published in 1657, stated: “Truly, I have seen cruelty there done to servants as I did not think one Christian could have done to another.” According to Sean O’Callahan, in To Hell or Barbados, Irish men and women were inspected like cattle there, just as the Africans were.

In addition, Irish slaves, who were harder to distinguish from their owners since they shared the same skin color, were branded with the owner’s initials, the women on the forearm and the men on the buttocks. O’Callahan goes on to say that the women were not only sold to the planters as sexual slaves but were often sold to local brothels as well. He states that the black or mulatto overseers also often forced the women to strip while working in the fields and often used them sexually as well. The one advantage the Irish slaves had over the African slaves was that since they were literate and they did not survive well in the fields, they were generally used as house servants, accountants, and teachers. But the gentility of the service did not correlate to the punishment for infractions.

Flogging was common, and most slave owners did not really care if they killed an easily replaceable, cheap Irish slave. While most of these slaves who survived were eventually freed after their time of service was completed, many leaving the islands for the American colonies, many were not, and the planters found another way to insure a free supply of valuable slaves. They were quick to “find solace” and start breeding with the Irish slave women. Many of them were very pretty, but more than that, while most of the Irish were sold for only a period of service, usually about 10 years assuming they survived, their children were born slaves for life.

The planters knew that most of the mothers would remain in servitude to remain with their children even after their service was technically up. The planters also began to breed the Irish women with the African male slaves to make lighter skinned slaves, because the lighter skinned slaves were more desirable and could be sold for more money. A law was passed against this practice in 1681, not for moral reasons but because the practice was causing the Royal African Company to lose money. According to James F. Cavanaugh, this company, sent 249 shiploads of slaves to the West Indies in the 1680’s, a total of 60,000 African and Irish, 14,000 of whom died in passage. While the trade in Irish slaves tapered off after the defeat of King James in 1691, England once again shipped out thousands of Irish prisoners who were taken after the Irish Rebellion of 1798.

These prisoners were shipped to America and to Australia, specifically to be sold as slaves. No Irish slave shipped to the West Indies or America has ever been known to have returned to Ireland. Many died, either in passage or from abuse or overwork. Others won their freedom and immigrated to the American colonies. Still others remained in the West Indies, which still contain a population of “Black Irish,” many the descendants of the children of black slaves and Irish slaves. In 1688, the first woman killed in Cotton Mather’s witch trials in Massachusetts was an old Irish woman named Anne Glover, who had been captured and sold as a slave in 1650.

She spoke no English. She could recite The Lord’s Prayer in Gaelic and Latin, but without English, Mather decided her Gaelic was discourse with the devil, and hung her. It was not until 1839 that a law was passed in England ending the slave trade, and thus the trade in Irish slaves. It is unfortunate that, while the descendants of black slaves have kept their history alive and not allowed their atrocity to be forgotten, the Irish heritage of slavery in America and the West Indies has been largely ignored or forgotten.