Hardest Fought The Battle of Secessionville

Hardest Fought The Battle of Secessionville 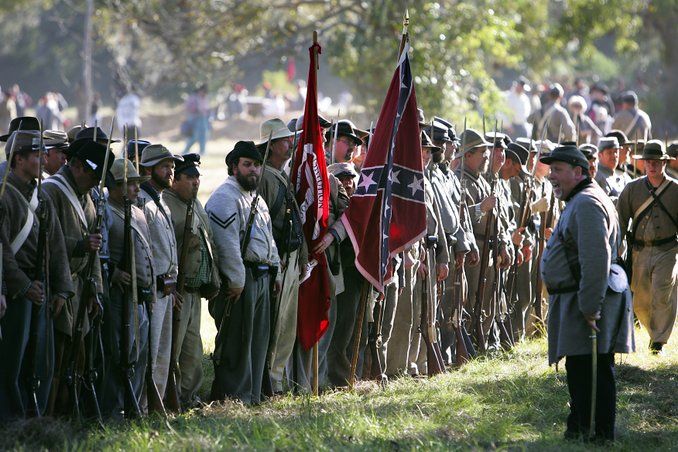 The 158th Anniversary of The Battle of Secessionville

Here is the text of the address given by Gene Kizer, Jr. at the Battle of Secessionville Commemoration, June 15, 2019 on the site of the battle at Fort Lamar Heritage Preserve on James Island, between Folly Beach and Charleston, South Carolina. This memorial service honored the 157th anniversary of the brilliant Confederate victory of June 16, 1862. The battle was extremely important battle because, if the Confederates had lost, Charleston would have been lost early on and hopes for Southern independence ended quickly. When the battle started at 4:30 a.m. in a light rain, it was 500 Confederates against 7,000 Yankees. The fighting went on for two hours and included bloody hand-to-hand combat on the parapet twice. There were approximately 700 Union casualties and 200 Confederate.
GK Jr.

Thank you, ______.
Good Morning.
It is a tremendous honor to stand on this sacred ground and speak to you this morning as we commemorate one of the most important battles of the War Between the States: the Battle of Secessionville.
There had not been that much immigration into the South in the antebellum days. The Confederates of 1861 were largely the same blood as the patriots who fought the British in 1776.
They had the same strong feelings about liberty and self-government.

Indeed, the most widely quoted phrase of the secession debate in the South during the year leading up to South Carolina’s secession came from the Declaration of Independence:

Governments are instituted among Men, deriving their just powers from the consent of the governed, That whenever any Form of Government becomes destructive of these ends, it is the Right of the People to alter or to abolish it, and to institute new Government, laying its foundation on such principles and organizing its powers in such form, as to them shall seem most likely to effect their Safety and Happiness.
The country was not centralized in those days. Each state was sovereign and independent, like the countries of Europe. King George III agreed to the Treaty of Paris, September 3, 1783 which listed EACH American state then proclaimed them all “to be free, sovereign and independent states . . . “.
No state ever rescinded its sovereignty or gave up its independence.

In fact, three states insisted, before they would join the new Union, that they could secede from it if it became tyrannical in their eyes. Those states were New York, Rhode Island and Virginia.
Because all the states were admitted to the Union as equals, the acceptance of the right of secession demanded by New York, Rhode Island and Virginia, gave that right to all the other states as well.
Tomorrow, June 16, 2019, will be the 157th Anniversary of the Battle of Secessionville which started on this hallowed ground before dawn on June 16, 1862, fourteen months into the war. If this battle had been lost, Charleston would have been lost, then soon, the war.
Charleston was a HUGE symbol for both sides.

Instead, he lied to the Southerners, promising to remove the Fort Sumter garrison while secretly ordering it reinforced.
He sent “8 vessels, carrying 26 guns and about 1,400 men” to reinforce Fort Pickens in Pensacola, and to land 200 soldiers at Fort Sumter with a year’s worth of supplies.
He knew full well that would start the war.

When Major Anderson, Union commander inside Fort Sumter, received notification that he would be resupplied and possibly reinforced, Anderson responded with a letter on April 8th that stated in part:
. . . a movement made now when the South has been erroneously informed that none such will be attempted, would produce most disastrous results throughout our country. . . . We shall strive to do our duty, though I frankly say that my heart is not in the war which I see is to be thus commenced. . . .
Major Anderson SEES that the war is to be “Thus commenced” by Abraham Lincoln.
The importance of holding Charleston can not be overstated.

Gen. Robert E. Lee wrote to Gen. Pemberton and said: “The loss of Charleston would cut us off almost entirely from communications with the rest of the world and close the only channel through which we can expect to get supplies from abroad, now almost our only dependence.”

Gen. Lee added that Charleston was “to be fought street by street and house by house as long as we have a foot of ground to stand upon.”

A resolution stated the same thing:
Resolved, That the governor and Executive Council concur in opinion with the people of South Carolina, assembled in Convention, that Charleston should be defended at any cost of life or property, and that in their deliberate judgment they would prefer a repulse of the enemy with the entire city in ruins to an evacuation or surrender on any terms whatever.

The North wanted to destroy Charleston as badly as we wanted to protect her.
Horace Greeley’s New York Tribune on June 9, 1862, one week before the Battle of Secessionville, stated:
‘Doom’ hangs over wicked Charleston. That viper’s nest and breeding place of rebellion is, ere this time, invested by Union Arms— perhaps already in our hands. If there is any city deserving of holocaustic infamy, it is Charleston. . . .

This is the same Horace Greeley who believed in the right of secession and stated it proudly — let our erring sisters go — until he realized it would affect his money. Then he wanted war as did the whole North.
Southern secession had triggered the beginning of an economic collapse in the North. They had not realized that their economy was largely based on manufacturing for the South and shipping Southern cotton. Cotton alone was 60% of US exports in 1860.

Most of the North’s wealth and power was dependent on the South. Tens of millions of dollars flowed out of the South and into the North annually because of tariffs, bounties, subsidies, and monopolies for Northern businesses.

Southerners were paying most of the taxes, yet, outrageously, three-fourths of the tax money was being spent in the North.