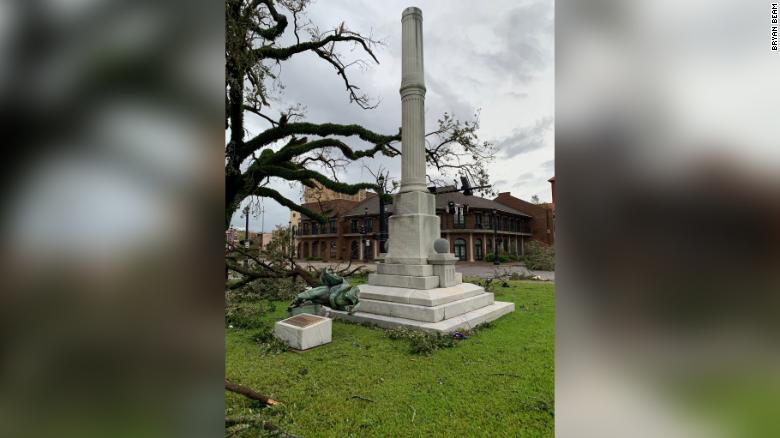 The South’s Defenders Monument had stood on Calcasieu courthouse grounds since 1915.

But Laura — with sustained winds of 150 mph when it made landfall early Thursday morning — knocked the 105-year-old statue off its base.

Bryan Beam is a parish administrator for the Police Jury. He slept through Laura’s eyewall Wednesday evening in his office.
When Beam stepped outside his building Thursday morning, he was greeted by the toppled South’s Defenders Monument, his son, Andrew, told CNN.

“In the year 2020, a courthouse lawn is not the place for this monument,” he said in a Facebook post.

“The statue should not be destroyed or erased,” he said. “It should be relocated with thoughtfulness and modern context, and while I do not have the answer for where it should be relocated to, I am willing to be a part of a constructive conversation about this and how to move forward together.”