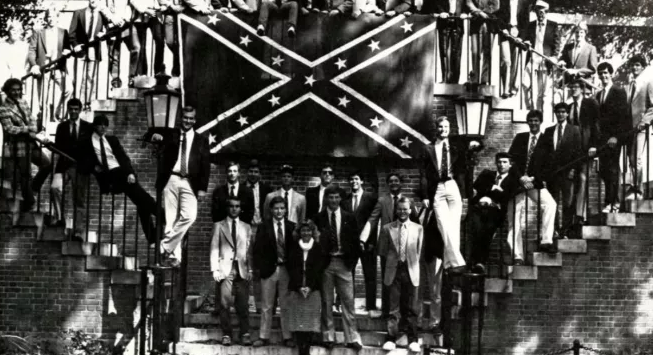 This is in response to Charles Collyer’s recent article “Reasons to reject the Confederate battle flag.” Charles, like some others, is on a self-ordained crusade using the same old buzzwords to ban the Confederate flag. They all talk about the Nazis, the Ku Klux Klan, racism, and white supremacists: implying if you support the flag you are one of them. Bur Charles, like the others, ignores the Constitution and the First Amendment because the Confederate flag is protected by the Constitution. The 1969 Supreme Court case, Tinker vs. Des Moines, ruled that students do not shed their Constitutional rights to freedom of speech or expression at the schoolhouse gate. Actually, efforts to limit free speech is unconstitutional!

Legally, school officials cannot censor student speech/expression unless there is tangible proof it disrupts the educational process like incited a fight at school. Regardless, Charles and others are intimidating school administrators to remove the flag by claiming it disrupts the learning environment, but that is their opinion, not proof.

Charles wrote, “around the world, the flag has become a reminder of America’s faults.” I know people who have lived outside the U.S. and they have never been asked about the Confederate flag. What indigenous people asked them, after seeing news of all the crime and murders in the cities: is all of America like that? Charles also wrote that “public display of the flag occurs as an ‘in-your-face’ display of disrespect by people who are ignorant of … history.” Charles’ article is an in-your-face display of liberal rhetoric and disrespect for contrasting views. I can also use Nazi Germany as an example. The Nazi Propaganda Minister Josef Goebbels used the newspaper and radio to exploit certain events to control the narrative, just like those who want to ban the Confederate flag today.

Charles said “displaying the battle flag is distracting, anxiety-producing, and disruptive” and “it is right and proper to prohibit the display of the flag.” The hoodie is very distracting and anxiety-producing, so why not ban it? Thousands of people are assaulted and murdered every year by people wearing hoodies. Baltimore had 344 homicides and hundreds of assaults and robberies where many of the perpetrators wore hoodies; just watch the news.